Making the Real: The Online Lives of Garry’s Mod Players

How some video game players find unlikely places to explore their identities, biases, and dark fantasies. 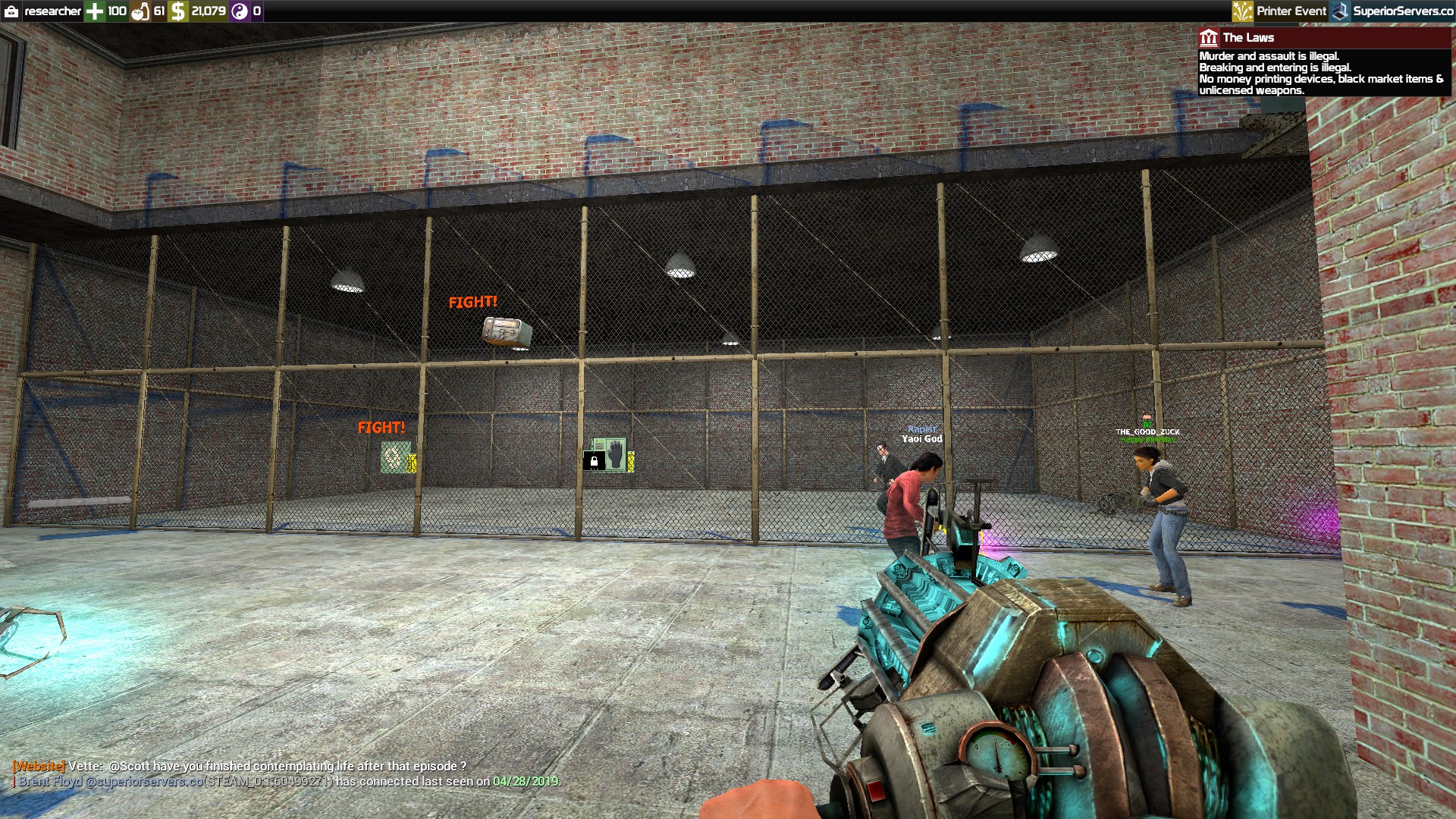 Messiah Blues adjusts her skirt and settles onto a leather couch in front of a hastily-prepared studio backdrop, a wild array of LED lights glancing off the camera’s lens. A small crew of news broadcasters flit about the space, preparing to go live, but the real commotion takes place in the lobby of the office building where their production has been staged. A crowd of men, some with picket signs, are protesting her interview, and a lone security guard does his best to prevent them from rushing the stage. Messiah makes idle chit-chat with the host, joking about how the men outside would rather see her dead than listen to her speak. When the cameras finally start rolling, the host’s first question homes in on her observation: why does she choose to come to a place where so many people despise her? Messiah decides to fan the flames and says, “I don’t just want to be a woman—I want to be the woman. Here I’m free to try it out.” When they hear this, the crowd erupts.

Of course, none of what is taking place has actually occurred in the so-called “real world.” The TV production studio, the angry crowd, the cameras and lights: all of these are just parts of an online role-playing game called Garry’s Mod. Garry’s Mod, or GMod for short, is exactly what it sounds like: a game created by one guy—Garry—in order to modify other games. Garry Newman first released the game in 2004 as a physics sandbox. In other words, it was a space where players could experiment with computer programming to test out physical objects like guns or spaceships. As the game’s community grew, the sandbox became about more than just physics. Players used GMod to animate videos, develop their own games, and roleplay. In online worlds, players created economic systems complete with banks, occupations, and salaries. They designed characters to play as, worlds to play in, and narratives to play out. Unlike games released by big studios, GMod let players construct their gaming experience, and after 16 years, it remains one of the most popular games on the computer gaming platform Steam.

Players continue to develop stories with people online, and Messiah Blues’s experience is just one example of how people use the game to live out fantasies. When not online, Messiah doesn’t consider herself a woman. She describes herself as a cisgender man, and she’s not sure if she ever will feel safe enough to transition to her preferred gender identity. Still, when she logs into GMod she plays as a woman, adopts a higher pitch voice, and flirts with men, testing out the ideal of femininity that she craves. If players discover her performance, the response is typically cruel, but she thinks it’s important to keep sharing facts about the transgender experience with people who would otherwise remain ignorant. When I first met her, I was conducting interviews as that fake TV show host, talking to people about their experiences with the game, and she volunteered to make a case for her roleplay. Immediately after her interview, another player talked about his emotionally abusive boss. He empathized with Messiah: he had come to GMod to escape the vitriol of his workplace, yet here were people online screaming profanities and threatening to kill each other.

For many players, escapism is minimal: they are young white men, often wealthy enough to have their own computer to play video games, and they go online to spark chaos, get into fights, and harass other players. They tend not to recognize the tension that exists on servers when players like Messiah seek a little more peace and harmony. For example, it’s a common trope in GMod for people to play out narratives of “cops and robbers,” where the cops are white men—online and offline—who gun down black men being played by white teenagers. Players fake queerness when two male teenagers pretend to engage in prostituted sex, they abuse power when elected mayors initiate mass killings of homeless players, and they mock human trafficking when they kidnap, abuse, and sell other players on a fictionalized black market. Suggest to these players that such roleplay is indicative of anything close to reality—the reality of systemic racism, queer experiences, the extermination of unhoused people, or the illicit market of human bodies—and players retreat into their usual defenses: it’s just a game. They deny that such atrocities exist in the real world and argue that racism has the same bounds as their online fiction.

In these stories, the fictitious world of GMod and the real world collide. The distinction between reality and roleplay that the players fight to uphold collapses. As video games dominate the media landscape, young boys—much like myself when I first learned of the game as a teenager—will continue to become members of communities where they are taught stereotypes, asked to partake in disconcerting narratives, and are told to downplay the real world’s harms. While people like Messiah attempt to reimagine these communities, she is fighting an uphill battle. In roleplaying games like GMod, video game companies and developers can’t be easily blamed for stoking violence or rewarding discrimination; instead, these problems are reflective of the world the players understand and aim to recreate. So why do they choose hate?